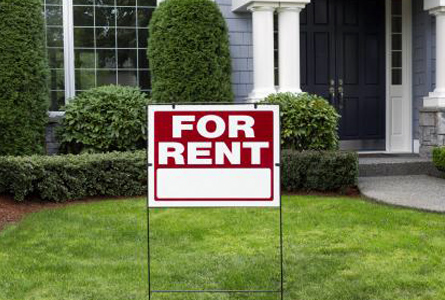 The Rent Restriction Act of 1983 makes it illegal for landlords to discriminate against potential tenants on the basis that they have children, but scores of landlords are banning the babies and getting away with it.

Under Section 4A Subsection 1 of the Rent Restriction Act, “A person shall not, as a condition for the grant, renewal or continuance of a tenancy of any controlled premises consisting of a dwelling house, require that no children shall reside with the tenant in that dwelling house.”

But that has not saved 28-year-old Anna-Kay Williams, who told The Sunday Gleanerthat she been almost homeless since July 2018, as the owners of the properties she has been trying to rent are turning her down because she has four children ranging from age three to 15.

According to Williams, in her last encounter she saw an advertisement in the paper which just said ‘Room for rent in Greater Portmore, St Catherine’, with the landlord asking for $25,000 per month plus a deposit.

Williams said she made contact with the landlord and after a positive discussion went with her money to pay, but when she mentioned her children, the landlord had a change of heart.

“I told her it was me and my family, and she asked what I meant by family. When I said ‘me and my kids’, she said ‘No, I can’t rent my house to anybody with kids’,” alleged Williams.

She said when she told the landlord about her situation and how urgent was the need for a place to live, the response was, “Me can’t help you. Me no really want nobody with no pickney.”

Williams charged that the common answer from landlords to her is that children will destroy their premises, while the ones who are OK with children are charging rents that she cannot afford.

She noted that several of the advertisements in the newspapers say single person, working professional or simply no children.

“Them go as far as to tell me that it’s a Christian and quiet home, so them don’t want any children there,” said Williams.

While she continues to house hunt, Williams and her children have been staying in a one-bedroom apartment which belongs to her ex-boyfriend, but he has been demanding that they leave.

Williams is employed as a janitor on a contract which expires in July, and she is desperately seeking a place for her family.

But one landlord who will not be offering her a place is James Johnson*, who has been renting his properties in the Corporate Area for the past 25 years.

According to Johnson, while he is not against children, it’s a risk landlords take when renting their property to persons with children.

“Clearly, there is a certain freedom that children need. It’s not like you don’t want them at your place, but there is certain collateral damage that comes with a child,” Johnson told The Sunday Gleaner.

“The children impose that extra burden of repair and maintenance. There is a greater pressure on the house and the facility. Children write on the walls and damage pipes.

“Most times landlords will rent higher so that they can cover the damage if there is any,” added Johnson.

But President of the REALTORS® Association of Jamaica, Andrew James, has scoffed at the claim that some landlords fear that the children will destroy their property.

“It’s clear that if you are renting a property you should rent the property. If you are concerned about the property being destroyed and so on, there are steps available to protect you and your property, but you should not come out and say ‘no children allowed’,” said James.

“What is going to happen if there are no children allowed? So I have my kids and we won’t be able to live anywhere? That’s what you’re saying? No, the act speaks to it,” added James.