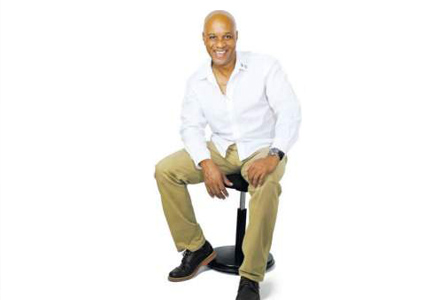 Seven years ago, Garfield Gourzong opened RE/MAX Realty Group in Montego Bay. The real estate company is based in the Rose Hall suburb of the city and serves the entire country with 14 agents and close to 20 administrative staff.

Seven years ago, Garfield Gourzong opened RE/MAX Realty Group in Montego Bay. The real estate company is based in the Rose Hall suburb of the city and serves the entire country with 14 agents and close to 20 administrative staff.

Gourzong’s journey in the industry started long before that when his mother, Doris Parchment, founded Sunshine Villas, 43 years ago. Gourzong, now 50 years-old, married and a father of five, grew up in his mother’s business which managed tourist villas and conducted real estate activities.

Back then they were primarily property managers and Parchment’s son had to inspect properties, pay staff, meet guests, do shopping with the guests, accompany them on trips, chaperone the clients and provide any other customer service that was needed.

He credits his mother with teaching him how to be a caring leader in business during this critical period of his personal development.

“She was mentoring me from when I was a little boy to now,” he said with genuine appreciation, going on to explain that his mother taught him to treat staff as family and that everyone in the office should care about each other’s well-being.

“When you’re happy to come to work and it is a comfortable environment, it shows in the production that you do,” he insisted. “That was something that my mom passed on to me, that I should have genuine concern for each and everybody that works for me, not just look at them as employees but as people who are doing something for you, and you want to make sure that they are in the best of health and that their concerns are yours, basically.”

Gourzong would eventually move to the United States while still in his teens. For 25 years he was away from Jamaica but the family had a Sunshine Villas office that operated in the United States handling reservations and he was part of that operation. Two years before returning to Jamaica, he earned his real estate licence and worked for Prudential Real Estate.

Upon returning to the island in 2006, he transitioned his licence to Jamaica, worked as a realtor for Sunshine Villas and studied until 2010 when he became a real estate broker. Two years later he bought the RE/MAX franchise for Jamaica and started the RE/MAX Realty Group with Sunshine Villas as the parent company.

It was the beginning of a venture that Gourzong has characterised as a success.

Today, in addition to its real estate services, the company handles property management for Stonebrook Vista in Falmouth, a gated community consisting of 750 plus homes, and Drax Hall Manor in St Ann, a community of over 450 homes. Doris Parchment is still very much a part of the business and sits on the board of directors.

Although Sunshine Villas was an established Montego Bay company, the acquisition of RE/MAX brought the benefit of brand recognition well beyond their previous horizons.

“The brand awareness is huge because we get a lot of overseas buyers now who know the brand Remax and are comfortable with the work we do,” Gourzong explained. “It has brought a new dynamic to us in selling real estate. We are no longer trying to sell ourselves before we get listings.”

He further revealed that thanks to the RE/MAX franchise the company has access to overseas advertising for properties through four websites, and different ways of marketing properties for maximum exposure.

According to Gourzong, the company’s clients represent a 50/50 split between international and local buyers “with a wide dynamic in terms of prices with houses that may go for J$8 million or a little less, or up to the millions in US dollars”.

“So, we try to help everyone from all spectra and not just the international buyers,” he pointed out.

The majority of RE/MAX’s real estate business is concentrated in the cities of Montego Bay and Kingston and Gourzong indicated that in rural areas there has been a tendency for people not to use agents to sell or rent their properties.

“In the rural areas people tend to just put up a ‘for sale’ sign,” he said. “Now we are trying to change that and reach out to people in those areas to teach them that there is an easier and better way to sell their real estate.”

“But we also want to educate these people in letting them know that they need to get titles for their family lands as quickly as possible because that is a better way for them to be able to leverage themselves and be able to sell it if they want to, or subdivide it,” the real estate broker continued. “In the rural areas it is very common for family lands to have never been titled and so people need to know how to do that and we always try to give them that advice.”

Looking towards the future, Gourzong believes there is still room for his company to expand.

“We are looking to broaden our property management portfolio,” he disclosed. “Currently, we manage over 1,200 homes and we are looking to possibly double that within a few more years.”

He elaborated further on his aspirations.

“The vision for RE/MAX is to have those people who left Jamaica years ago and have reservations about coming back, dispense with those ideas that would deter them from making the decision to come home,” he said passionately. “It’s about, through our service, letting them realise that Jamaica is still that beautiful place they left years ago and it’s time for them to come home and help Jamaica be a better country, using what they have learnt abroad, like I have.”

Real estate has been a rewarding career for Garfield Gourzong but he cautions people who are considering entering the business to be aware of the demands of the job. He has seen people quit because of “not doing enough”, believing that they can do it part time.

“They do it part time waiting for the big break to transition to full time.” he laments. “It doesn’t work that way and they eventually don’t renew their licence. Real estate is only easy if you put in the requisite work for preparing for a career in real estate. You only make money on the effort you provide.”

“It’s about being able to move on in the face of diversity in terms of when one deal doesn’t work you don’t just stop there and get depressed, you keep going, because real estate is really a numbers game,” he added. “You have to have many transactions going because there are always one or two that might not work.”

But in talking about the industry Gourzong finds it hard to stick to the difficulties and he always comes back to the positives which he feels far outweigh the challenges. From a very personal point of view he feels his calling has helped him to contribute in a meaningful way to the lives of his clients.

“I have helped many people by steering them in the direction of getting titles for their properties, to liquidate properties that they couldn’t sell, to purchase properties that they thought they could not attain, make the necessary calls for them, complete the sale so that they can move on and transition themselves,” he said. “It is not about just the business of real estate but the relationships that we generate while we do what we do that makes it so rewarding. I think that Montego Bay will be better with us helping people to acquire a piece of property.”

In addition to being the owner of RE/MAX Realty Group, Gourzong is a former vice-president of the Rotary Club of Rose Hall. He is a member of the REALTORS® Association of Jamaica (RAJ) and serves on the Multiple Listing Service Committee through the RAJ.